In the 1980s when I was a programmer and consultant at Hoskyns in London I was invariably the last to fill in my weekly timesheet. I hated timesheets. They were an unreasonable intrusion. How I spent my time, I felt, was no one’s business but my own, as long as I was doing a good job.

Now, thirty years later, I’m the designer of a timesheet system and I go around the world telling everyone how important timesheets are. Who would have thought it?

So many of our youthful enthusiasms and prejudices seem unreasonable as we age. Platform heels, cheese-cloth shirts, transcendental meditation, Chianti flasks with candles, the music of John Cage, Tony Blair, all seem inexplicable enthusiasms now. How odd It seems that I thought it was no business of my employer to know how I spent my working time. 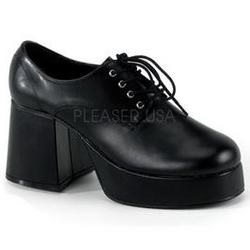 But getting consultants to fill in their timesheets is just the first battle of many if you’re managing a professional services firm. Getting your consultants to tell the truth is the second and larger battle. These are some of the voiced and unvoiced reasons why consultants don’t record time accurately:

You can penalise staff who don’t submit their timesheets by reducing their bonuses or applying some other harsh measure. Making sure they tell the truth is a matter of explanation and encouragement.

So, try to convince your staff that timesheets must be done on time and must be truthful. And if there’s a young man in platform heels and a cheese-cloth shirt listening to some weird modern music, and scowling, tell him to grow up!

3 thoughts on “Who would have thought it?”