I am fond of my mother, on the whole. At 94 she’s as intellectually astute as ever, or very nearly, a champion of atheism, socially tolerant, and, thankfully, only slightly infirm. But I so wish she could be more of an optimist. It’s her view that the world is a lesser place than when she was young, or even middle-aged. It’s lost its innocence, it’s more cynical, its values have declined. I know that pessimism and nostalgia afflict the elderly, but I don’t see that’s she’s changed very much since I’ve known her. She’s always been a glass-half-empty lady, not a glass-half-full one. 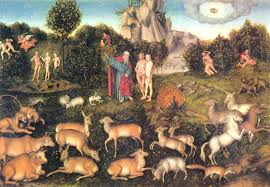 So, I had a bit of a row with her the other day. I was tired after a long day of travelling, and my tolerance was at a very low ebb. What depresses me is that  she sees everyone, whether the man or woman or child in the street, or the politician in Westminster, as selfish and grasping. Only animals are innocent and deserving of unqualified admiration. Unusually, I snapped.

Of course, I can think of more than ten. Top of my list might be ‘modern dentistry is almost painless,’ and I’d go on to list the decline in poverty, disease, tyranny, violence, injustice, and so on. True, there are some balancing evils – pollution, global warming, obesity, and so on. I’m not against sentences beginning, ‘Isn’t it awful that…..’, but I don’t want them to dominate.

I won’t hold my breath, and I probably won’t hold her to it, but I was thinking of this yesterday when I saw this report on the BBC Website. My mother was a teacher, so I’m hoping she’ll notice this one. I find it very cheering.

Children are reading more. Reading is cool. Isn’t that marvellous?!

Lost innocence is hardly a new theme. Humanity has never lived in the Garden of Eden, hence our longing for it, but it doesn’t exist in our youthful past either.