This is another plea for help. Can anyone explain to me the usefulness of ‘negative debits and credits’? (Switch off now if you have no interest at all in accounting.)

This is another piece of accounting madness that afflicts countries touched by the former Soviet Union. (See ‘Correspondence Accounting’  for an even bigger piece.)

Most of us are familiar with the concept of a Debit and a Credit. They oppose each other, rather like matter and anti-matter. A debit of 3 followed by a credit of 3 result in annihilation – zero. So most accounting systems make do with just these two concepts. Adding and subtracting. 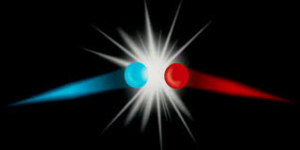 Debits and Credits – An Introduction

But in some parts of the world, including most of Eastern Europe there are four things you can do in an account:

A Negative Debit cancels a Debit, just as a Credit does, but in a different way. It ‘corrects’ a Debit rather than creates a Credit.

A different way in what sense? In the sense, I believe, that statutory reports will show such ‘corrections’ differently. I have heard the word ‘Turnover’ murmured and I think it has something to do with establishing the turnover of an account, which may be its total Debit value (minus negative Debits) ignoring Credits, or its total Credit value (minus negative Credits) ignoring Debits.

But what is it for?

The issue is far from academic, since it makes the implementation of ‘Western’ accounting software difficult unless it’s been reprogrammed to manage this particular subtlety. The software we sell and implement, SunSystems, can manage this, but many can’t.

Can anyone explain the usefulness of the negative Debit and Credit? Is it somehow a boon for managers, or auditors or accountants?

5 thoughts on “Another piece of accounting madness”