I was thinking of this loathsome cliché when I was bicycling in Hungary a week or two ago. (Apparently it’s one of the sayings of Confucius.) Each day in the saddle began with a first and easy revolution of the pedals, and then another 40,000 or so, every one a little more difficult than the last. I can’t say that this glib little saying, which kept coming to mind in the most irritating way, offered a moment’s consolation, knowing that I had another 85 km to go. I can assure you that it’s the last ten thousand that make a journey difficult, not the first. 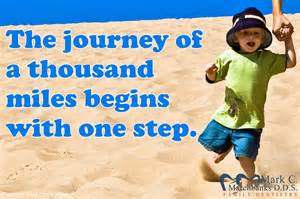 Yes, I do understand what this silly truism is trying to say, but I just don’t find it inspiring.

If setting out to do something valuable depends on your assenting to this cosy platitude, then I would question your motives.

Imagine Winston Churchill in May 1940 wondering whether to fight on and resist the Nazi domination of Europe.

‘I’m in two minds,’ he might have said, swigging a tumbler of brandy. ‘Can we really take on the German juggernaut or shall we make a coward’s peace?’

And someone lowly but presumptuous raises a timid hand and says, ‘Mr Churchill, just remember, a journey of a thousand miles begins with one step.’

‘What a splendid thought. Never occurred to me. We will fight them on the beaches…..’ And so on. And the wheels of history turned the way they did.

The fact is that a journey of a thousand miles usually ends with exhaustion and not always where you wanted to be, even if it’s a worthwhile trip. Let’s not pretend otherwise.

Reach for the sick bowl.