I saw this loathsome platitude on LinkedIn the other day. It’s one of those sententious, apparently simple directives that’s supposed to stop you in your tracks and change your life forever. In my case it merely triggers the gag reflex.

‘Gosh, I never thought of that,’ you’re supposed to exclaim (and perhaps fall to the floor like St Paul on the road to Damascus). ‘I can be happy now.’ 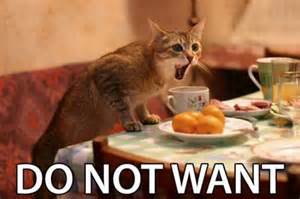 Now, of course there’s an element of truth in it. Having things isn’t necessarily the route to happiness. Cars, trophy wives and husbands, lovers, yachts, money, houses, democracy, gold, education, antiques, holidays, refrigeration, paintings, fashion accessories, justice, clothes and other fripperies aren’t a sure-fire recipe for happiness, but, let’s be honest, some of them help.

And, to be fair, this nonsense is probably about ‘things’ in the sense of physical things rather than abstract things of unchallengeable value such as health, justice, democracy and education. And surely no one, not even the smug author of this facile rubbish, is suggesting that happiness is wanting the cancer you’ve got. Accepting, perhaps, though also fighting – but surely not wanting.

So,don’t lecture the homeless, the starving, the exiled, the sick, the uneducated, and suggest they’d be perfectly happy if they stopped wanting things.

In fact, there are hard(-ish) facts facts about happiness and material prosperity. The Economist reports that emerging countries and rich countries are converging in terms of happiness, but poor countries are still lagging far behind. Don’t tell me that the citizens of these poor countries just need to read and accept this demeaning platitude. It would certainly be cheaper and more convenient than involving the World Bank and Foreign Aid, but I wouldn’t recommend it.

Many religions and philosophies suggest that ‘wanting’ is not the path to happiness, but their point is probably a more subtle one. They’re probably suggesting we shouldn’t even want what we have.

Even the Serenity Prayer accepts that we should change what we can (and how can you do that without wanting?):

And, where would the world’s economy be if we were simply happy with what we have?