Implementing IT systems isn’t always a joy. Once the elation of the sale has faded there’s the hard work of making the software meet the client’s expectations. Whether or not those expectations are ambitious and unrealistic or entirely reasonable, they are bound to be slightly different from yours. It’s like a marriage, perhaps. You never really know what you’re getting in to. 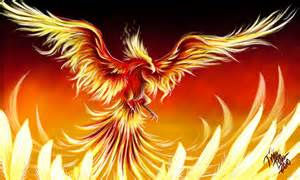 There are many difficult compromises to make during configuration, implementation and training, and then there are the unexpected horrors that occur when you finally go live, however much testing you do, but after some difficulties days and weeks things settle down, and the frowns begin to dissolve into smiles.

Some months ago I wrote about a large CRM project our LLP CRM division executed for a medical clinic in Prague (see Too Scared to Visit the Doctor). It was the clinic I go to myself, and for a while I was almost afraid to go because the receptionists were using the system and weren’t entirely happy with it. No matter that the problems weren’t our fault (some technical problems deep in the software that we resell, not in any software that we write ourselves), our users weren’t happy, and we were the supplier.

But time went by and the problems got solved, and then, surprise, surprise, our users began to like what we’d built for them.

And then, acute disappointment.

One of the worst things that can happen during any kind of sales process is getting to the point where your potential customer is just about to sign the order, and then hearing that your they’re going to be taken over by another larger company. You might as well begin again, but there’s often no point. The most likely outcome is that the company you’re talking to will be forced to implement the software that their new parent company uses. Acquisition of your customer can be equally disturbing.

So, just when they had begun to like us and our software, we were officially informed that they’d been taken over and would abandon the software we’d put together for them in favour of the software their new parent uses.

Our contract was terminated, we expected to hear no more, and we closed our files on this client.

And then they changed their mind. After an extensive analysis of their system and ‘our’ system they decided to do the opposite, a kind of reverse takeover, at least in terms of CRM systems. So we’re back in the game again, and they will have to buy more licenses too.

It’s a case of double glee. Not only do we get our client back in a larger incarnation, but we know that what we did was good, was liked, was appreciated, was better than its competition.