It’s hard to find a hotel room in Vienna these days, at least at an affordable price. When I paged through Trivago‘s meagre and unaffordable offerings two weeks ago (a rip-off rate of 300 EUR for an airport Novotel, for example), I wondered what on earth could be going on in the city, especially on a Friday night. Car show, business conference, political summit, Star Trek convention, Vienna Marathon, Madonna, Kylie or Shirley Bassey in town?

All my partner and I needed was somewhere simple for eight hours’ sleep between an evening train journey from Prague and a morning flight to Dubrovnik. Not worth paying 700 EUR for the splendid Hotel Sacher, I thought, however stylish it might be. Who wants to pay a lawyer’s hourly fees for just eight hours of bed and breakfast.

Foolish of me not to realise it was part and parcel of the refugee crisis, as the receptionist at our hotel (more like a hostel, really) explained. I’m still dubious, because you don’t really think of refugees booking hotel rooms, but perhaps the lower-cost end of the market is saturated and there are only four-star and five-star rooms left for regular travellers. Being a refugee from a dangerous country doesn’t necessarily mean you can’t afford to sleep in a hotel. The huddled masses at Vienna’s main railway station, however, suggest that many, perhaps even most, still sleep rough.

There weren’t any rooms left anyway at our hotel, even if they did have the wherewithal. In the ten minutes we spent at Reception checking in, at least two groups of people came looking for rooms. I have no idea if they were refugees. In any case there was no room at our inn, not even for ready money. 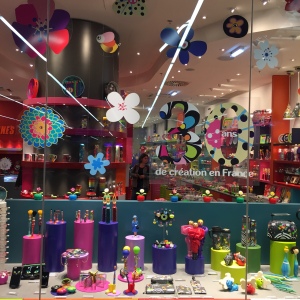 Asking for high prices seems extortionate in the circumstances. In this situation ‘revenue management’ (the clever way in which price is continuously adjusted to reflect demand) might almost be described as ‘racketeering’, but it’s the way the West works. Supply and demand, and market prices. How could it be better arranged?

At the railway station the next morning, bound for the airport, we came across crowds of migrants queuing for cigarettes, washing facilities and food. In the same concourse there’s one of those pretty Pylones shops (there’s one I visit regularly in Portobello Road just before friends’ birthdays), an Aladdin’s cave of delightful, ingenious, imaginative and colourful things that no one actually needs. No queue of migrants there, of course, but a few shoppers nevertheless browsing for things that might tickle a decadent fancy, their basic needs no doubt already met (though our breakfast at the hostel/hotel was conspicuously poor). Not that these are luxury items. It’s not Prada. But they are in no way necessary.

A starker contrast is hard to imagine. I suppose we should hope that somewhere, someday, these refugees will be fully paid up and prosperous members of our Western European club, able to buy such discretionary items, driven by desire rather than necessity, as we are most of the time.