I’ve implemented SunSystems dozens of time. In Europe, in North America, in South America and in the Middle East. Not yet in Far East Asia, or Africa, but there’s still time if I hurry. 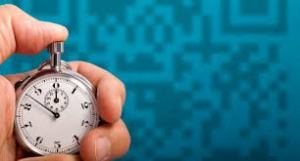 LLP Group is based in Central Europe and so most of my implementations have been in the post-Communist states of the former Soviet bloc. These were not then, and are not now, the easiest places in the world, but they are by no means amongst the worst (except perhaps Russia).

SunSystems has a simple beauty and once you’ve appreciated the power and simplicity of the single ledger concept (Accounts Payable, Accounts Receivable and General Ledger all in one) and the way in which general ledger analysis is achieved through transaction analysis codes rather than through complex, structured account codes, implementation should be simple.

The fun for us consultants lies in working out how a company wants to analyse its business performance, and to a lesser extent how it must calculate and report its tax liabilities, but once the analytical fun is over it’s usually a simple matter of system configuration, report configuration, data transfer and training. No programming. This is true, of course, of the implementation of the financial modules, not of the business process modules. These are more complex and involve more staff, making an implementation more disruptive.

But management accounting, the fun you can have with analysis, was alien to the emerging economies of Central and Eastern Europe when we began LLP Group in 1992 and for no particularly good reason implementations in our region took longer than they should. Good for us, of course, since we were charging fees, but also sometimes frustrating. I remember starting a system design workshop at a cooking oil plant in Bratislava in Slovakia with the question,

‘So, what do you want the system to do for you?’

A long silence. I think they were simply waiting to be told what the system does, and weren’t expecting to make any choices.

‘VAT reporting,’ was the first and only eventual answer.

So, when one of our earliest Prague-based clients, a British insurance company, unexpectedly asked us to implement SunSystems at their office in Brighton in the UK (coals to Newcastle, you might think), I expected things to be a lot more simple. Even so, I felt uneasy when the financial director suggested that just one day in his office might suffice.

‘I think it might take quite a lot longer than that,’ I suggested.

‘Well, come down for a day and we’ll get started and if I need you to come again, then fine,’ he said.

I was in London for a week so I could easily be flexible.

I took the train down to Brighton from Victoria and, astonishingly, by lunchtime I was already on my way back. I’d showed him how to set up a chart of accounts (20 minutes). how to set up some analysis codes (10 minutes). I set up some journal types (20 minutes). a few simple reports, and showed him how to run the inbuilt Trial Balance. And that was that. Four hours or so. Instant understanding. Nothing that defeated the capabilities of the system. No subsequent complaints. Very few support calls over the following years. In some senses an ideal client, though I confess that we like to make a little more money out of consulting fees than in this particular case. Generously, the finance director permitted me to charge for an entire day of consulting.

It made me wonder what on earth all the fuss is about in Central and Eastern Europe.

Times have changed, and life and accounting have gradually become more ‘Western’ in the former Soviet bloc (except in Russia). Gone are the Negative Debits and Credits and the reports that are based on Correspondence Accounting. Ask the locals nowadays what they want from the system and they’ll list a dozen Key Performance Indicators that you’ve never heard of. And SunSystems is still as good as ever at the job.

Has anyone has implemented SunSystems in fewer than four hour?. Let me know.