There’s a Monty Python sketch – Four Yorkshiremen – in which four prosperous but nostalgic middle-aged men compete to recall the misery of their childhood, each trumping the other with the degradation they suffered. 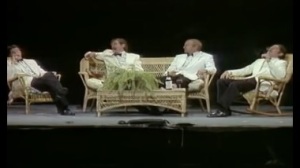 ‘Who’d have thought, forty years ago, that we’d be sitting here drinking a glass of Chateau de Chasselan.’

‘I’d have been glad of the price of a cup of tea then.’

‘Without milk or sugar!’

‘We used to get up in the morning at half-past-ten at night half an hour before we’d gone to bed, eat a lump of cold poison, work 29 hours a day at the mill for tuppence a year, come home, and then each night our dad would strangle us to death and dance about on our graves.’

‘You try telling that to the young of today. They’ll never believe you.’

At risk of provoking a similar competition I was thinking about the most inconvenient things I’ve had to do to keep a customer happy.

There was the time I got up, still a tiny bit drunk, in the middle of a Saturday night in Budapest and took a taxi to a town 60 km away to deal with an MRP program that had inexplicably ground to a halt.

There was the time I interrupted a skiing holiday in France to fly to the UK to present a proposal to an oil company.

There was the time I spent a thousand pounds on mobile phone calls from Turkish Cyprus to a client in London to try to resolve a persistent system failure.

There was the time I spent a whole night importing historical data into a SunSystems database for a large auditing firm.

And there was the time I spent a few nights in an unheated flat in a closed city on the outskirts of Moscow in the company of a family of cockroaches.

In retrospect, I suspect that the world wouldn’t have ended if I hadn’t done some of these things, but I hope they made a difference.

None of these stories, though, comes anywhere close to the devotion of one of our LLP Group consultants to her client. I won’t name her, and though perhaps she went a tiny bit too far, I admire her shameless and single-minded determination to support her client, come what may. 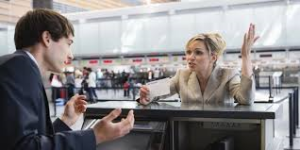 She’d spent a whole week in London working on a new system implementation, and come Friday evening she was standing in the boarding queue at a gate at Heathrow Airport, on the way home to a Central European capital. The phone rang, and it was the project manager. They were having difficulties in closing their accounts at a site in the north of England. They needed her help.

She tried to resolve the issue over the phone, and kept joining the back of the queue to give herself more time. Whether the project manager knew where she was, I don’t know. Finally, there was no one left in the queue and she was the last to board. At which point she told the ground staff that she wouldn’t be boarding the flight and would be making her way by train to the north of the country instead.

Understandably, ground staff, cabin crew, pilot, flight controllers, passengers, everyone was furious. The plane would miss its slot, other passengers would miss their connections, and so on. But our consultant was adamant. So they offloaded all the blue Samsonite suitcases they could find, our consultant identified hers right there on the tarmac, and then scurried away to the north of England, by taxi and train. 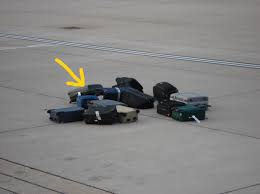 I wonder that she’s not on a blacklist of unwelcome passengers and that any airline will fly her anywhere. But they do.

Can anyone trump that?

One thought on “Beyond the Call of Duty – How Far Would You Go for Your Client?”