The classroom bully rarely swaggers into adult life. Like Biff in Back to the Future his strategies succeed in the playground and fail in later life. Eschewing education, ridiculing the swot, his choices turn out to be few. The swagger, jeering, fast cars and blondes of his teenage years, morph into a low-life job, credit card debt, and a trailer park finale. I say ‘his’, because I suspect that female bullies are fewer, and I have no personal experience of them. 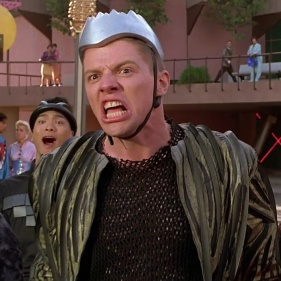 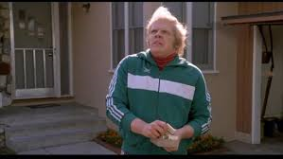 And then there’s Donald Trump.

I was astonished to read on the BBC News site this morning of more embarrassing antics  – mocking a disabled New York Times reporter who had denied Trump’s claims that ‘thousands’ of New Jersey Muslims had celebrated the events of 9/11. 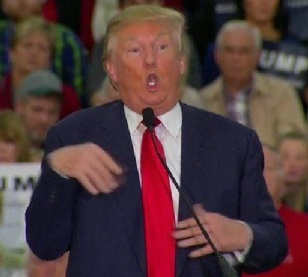 Trump denies vehemently that he meant to mock (when has he ever admitted error and apologised?), but it’s hard to see the purpose of the arm-flailing routine if it’s not to mimic Serge Kovaleski, who has a serious and debilitating joint condition. He claims he was mocking incompetent denial in an unspecific way, but if it wasn’t deliberate, it was foolish. I suspect that much of the time Trump is only half aware of what he’s doing. His trademark is what-you-see-is-what-you-get. He is a raw, unadulterated bully, unashamed even of his basest instincts.

Would this be the right approach to world leaders if he were to become President?

Anti-establishment candidates are popular the world over, and that’s a sad reflection on politics as they are, but few are as crazy as Trump. Of course, there’s something refreshing about a man who speaks his mind, but we’d surely appreciate a better mind than his. (That said, his daring to say that the world isn’t a better place after the removal of tyrants such as Saddam Hussein and Muammar Gaddhafi is welcome, at least to me. The jury is still out on that.)

Politicians are often bullies. Take Alex Salmond, former leader of the Scottish Nationalists – a clever, hectoring, verbal bully of the worst kind – but such politicians are at least intellectual, debating bullies, not bullies of the teenage playground variety reaching for personal insult when reason fails.

AND YET, despite everything, Donald Trump is still riding high in the polls.

That is what stumps me.

In most of the world he might (just) be tolerated as a clown, an idiot, a thorn in the flesh, but in the United States he is the Republican front runner. How is that possible?