I went to the Rudolfinum in Prague on Friday to see (and hear) the Czech Philharmonic Orchestra play the First Symphonies of Martinu and Mahler. Both are exhilarating works, the Martinu (1941) entirely new to me, the Mahler (1889) all too familiar (I remember playing an excruciating and very audible wrong note as principal oboist when the Oxford University Orchestra rehearsed the symphony in 1977, and the shame still resonates). The shimmering Czech sounds and rhythms of Martinu’s style are firmly rooted in the Czech national tradition, whereas Mahler’s range is wider, more allusive, even mocking, and his emotional range swings excitingly from sentimentality to sarcasm. So I prefer Mahler. It still seems the more daring work, even though it’s 52 years older.

In a sense, you need a ringmaster for Mahler rather than a conductor. Jiri Belohlavek is a great and distinguished conductor, but to my mind a little too stern and austere for Mahler’s extravagant palette. He doesn’t quite let go. You need a touch of vulgarity for Mahler.

The Czech Philharmonic is nevertheless a great orchestra. I was the guest of the second bassoonist, Vaclav Vonasek, who won a competition, Talent Roku (Talent of the Year) that LLP Group sponsored for four years in succession, a decade ago. It was based on the BBC’s competition – Young Musician of the Year – and I had the help of a good friend and former BBC Music Producer, Jill White, in designing the competition. A jury travelled around the Czech and Slovak Republics  and chose four young musicians to perform four concertos with a professional orchestra and conductor at a public concert in Prague. A final jury then chose a winner, who was awarded a year of study and subsistence at the Royal College of Music in London.

Vaclav Vonasek was the last of our four winners (various global financial crises eventually curbed our generosity). In London, he met our second winner, Jana Novakova (a violinist), who had made her scholarship last for an extra two years, and there they fell in love, and on their return to Prague they married. 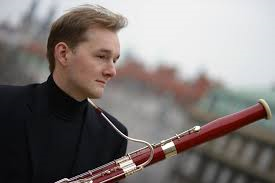 Both struggled for a while, as artists do, but then Jana joined the Smetana Trio, and Vaclav, eventually, the Czech Philharmonic. Jana left the trio to have two children, a boy and girl, but has recently joined the Prazak Quartet and is playing all over the world. And Vaclav has just been offered the position of second bassoon and contrabassoon at the Berlin Philharmonic, the best and the most famous orchestra in the world. Hence his last performance with the Czech Philharmonic. He has two years to prove himself, before being offered a permanent position, but I have no doubt that he will succeed. 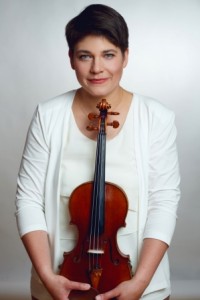 Jana and Vaclav are two of the best musicians I’ve met. There were times when both felt they could never live well from music or feel sufficiently cherished as musicians. It is a difficult, often unrewarding profession, and you are only as good as your last performance, never entirely secure. But they have succeeded and I am very proud of them and of our part in helping them.

The next two years will be difficult, with Vaclav living some of the time in Berlin, and Jana largely in Prague with the children, four hours’ drive away. But they will find a way. If Vaclav wins a permanent place in the greatest orchestra in the world, they will probably all move to Berlin, where I have no doubt Jana will also find acclaim.

2 thoughts on “Two Musicians To Be Proud Of”