Just outside Budapest there’s a place where yesterday’s heroes stand, like children doing penance in a corner. Memento Park contains most of the monumental statues erected between 1949 and 1989 by Hungary’s Communist regime. I remember them well from the late 1980s when they stood proudly on the main roads into the city, welcoming travellers to a socialist utopia, or in the largest public spaces. Just like the red star that topped the cupola of Budapest’s glorious Parliament building, everyone thought they’d stay where they were forever. And then a helicopter removed the star, and almost in the blink of an eye, in the early 1990s, yesterday’s heroes were all gone. 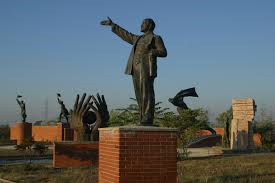 It’s a sad place, a reminder of tyranny and cruelty, but also of colossal human folly, committed by many in good faith. You’ll see Marx, Engels, Lenin, Stalin, the heroes of the 1919 revolution (which, like so many revolutions, deteriorated into horror), and statues commemorating the liberation of Hungary in 1945 by the Red Army, and the sacrifice of thousands of Soviet lives that it entailed. 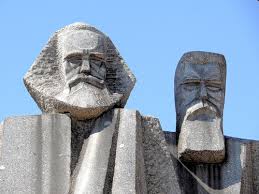 The park is an uncomfortable reminder of a past that was often cruel, but it’s also an example of crude revisionism. Were Marx and Engels bad men? They didn’t foresee tyranny. Should the sacrifice of millions of Russian lives in defeating fascism be forgotten and their symbols reviled? True, many of these statues are crudely propagandist, emblems of tyranny, but not all of them.

I’m reminded of this issue by the controversy that surrounds a statue of Cecil Rhodes that stands above the entrance to Oriel College in Oxford, to which Rhodes made a large donation, and which many now want to remove. The Oxford Union, a student debating chamber, last night voted narrowly in favour of its removal, but I don’t think the vote binds the College or the University. Another statue of Rhodes was recently removed from the University of Cape Town. He offends current sensibilities, his British and white supremacism no longer acceptable. Oriel College is resisting, but has pandered to modern sensitivities by placing a disclaimer on its outside walls. 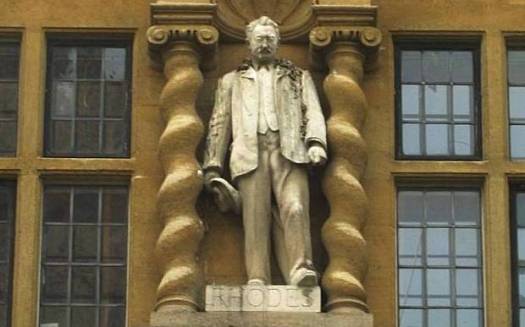 What’s the right thing to do?

The first question to ask is ‘what are statues for?’

And, does their significance and purpose change as time passes and deeds recede, or as values change?

Is removal a sensible way of expressing disapproval? Removal by destruction, or by altering a statue’s context (as removal to the Memento Park does)? How bad does someone have to be to be erased from public view?

It is a matter of historical interest how a sculptor expresses an idea, whether his or others’, and we should always be reminded of the distorting power of propaganda. But after how long, or in what context, does a statue become an item of historical interest rather than an expression of current (ever more global) attitudes?

On balance I believe it would be foolish to remove the statue of Cecil Rhodes at Oriel College. He is part of our history, neither wholly bad nor wholly good. We know what he was, what he did, and what he believed, and it does us no harm to be reminded of his achievements, whether they are to be praised or loathed. But he is surely no danger.

One thought on “Yesterday’s Heroes”