Monday’s edition of the BBC’s Panorama programme, Richard Bilton’s report on Putin’s Secret Riches, was a surprisingly sloppy and bitterly disappointing piece of mudslinging, at least by the BBC’s generally high standards of reporting, so it’s hardly surprising that spokesmen for Vladimir Putin, Russian’s President, were scornful. 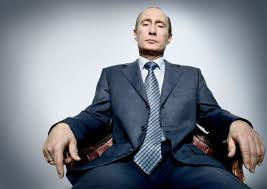 I am no fan of Vladimir Putin. He presides over a government that is inefficient, corrupt and shockingly illiberal, and he’s leading his country into relative poverty and isolation. Russia is a country where the judiciary is once again a mere instrument of Government, where racism and homophobia are institutionally entrenched, where bureaucracy and the rent-seeking of bureaucrats and elected officials stifles free enterprise, where organised crime thrives, where most of the media are state owned and controlled, where critics are shot or poisoned in foreign countries and where plausible accusations of meddling in the affairs of other countries are denied with aplomb.

At the heart of this horror stands an ever more popular President, firm in his denial, contemptuous of his enemies., immune to the mudslinging of local and foreign media, and impervious to the opinion of other Governments and the international community.

When accusations of corruption were made in 2008, Putin employed some wonderfully colourful and strikingly unstatesmanlike language to describe them. ‘It’s simply rubbish,‘ he said. ‘They just picked all of it out of someone’s nose and smeared it across their little papers.’

The programme’s narrator and reporter interviewed businessmen and advisers who had once been close to Vladimir Putin, most of them now cowering in exile. But the sensationalist style of the programme, which included the clicking and whirring of a ‘spy’ camera as if capturing surreptitious stills of the protagonists – contrasted strikingly with the absence of real evidence.

Impudent Russian journalist, Stanislav Belkovsky, claims on camera that he’s seen evidence of an offshore company used to handle Putin’s wealth, and that ‘recorded conversations about ‘Mihail Ivanovich” (Putin’s nickname) prove this. Hearsay within hearsay, but no substantial documentary evidence.

In Nice, at a secret location, Sergey Pugachev makes similar claims but provides no evidence. He’s a banker wanted in Russia for ‘looting’ his own bailed-out bank. Richard Bilton fails, conspicuously, to mention that judgements made against Pugachev in the British Courts in 2014 (following a case brought by the Russian state) led to the freezing of much of his wealth, and that he fled Britain to France despite a court order that he should remain. Reliable witness?

Retired St Petersburg policeman, Andrei Zykov, claims there’s evidence Putin was given a villa in Spain by criminals in return for favours granted whilst Putin held public office in St Petersburg. There are ‘wire taps’ to ‘prove’ it, but we don’t hear them.

Another man, who also ‘fell out with the Kremlin’ claims that Roman Abramovich gave a 35 million dollar yacht to Putin, though the nominal owner is an offshore company. No evidence other than hearsay is offered to support the claim that Putin is the real owner.

And so on. Desperate stuff.

But, most sensationally, Adam Szubin, who oversees the imposition of sanctions at the US Treasury, announced that the US has long believed Putin to be corrupt. But he offered only accusation, and no evidence.

Of course, I don’t doubt that much of what Panorama alleged is true. But if Russian public opinion is ever to be turned against the President, and if the mud is ever to stick, they’ll have to do better than this.