If I’m honest, I couldn’t with certainty name a single Member of the European Parliament, though I’m pretty sure that UKIP’s unlovely Nigel Farage may be one of them (it’s a cruel irony that the only one I can name is amongst its most vociferous critics).

I couldn’t tell you much about the EU’s mechanisms but I know they’re inefficient, interfering, lavish and – dare I say it – from time to time, corrupt. Brussels is a trough at which politicians and civil servants of all stripes feed.

And then there’s that occasional, inexplicable, and expensive flit to Strasbourg. 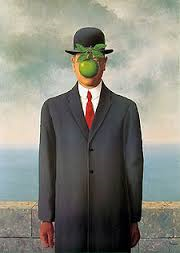 Even so, I strongly support the idea and practice of the EU, for all its faults. I admire the (secular, not Christian) European Values of democracy, freedom of the press, independence of the judiciary, and human rights.

I greatly admired the EU’s role in restoring the former Soviet bloc nations to their rightful places in Europe. I believe the free market is generally a good thing, but I’m less sure of the Euro, since if it’s to work really well there would need to be closer political union, and I don’t think most countries want that. I would like to see tax harmonisation. I would like to see Turkey join, because it would be good for the world and a triumph of universal secular values. And, of course, I want the UK to remain inside it.

In case you’re as ignorant as I am, there’s a useful two-minute introduction to the workings of the EU on the BBC’s News Website (you can find it somewhere near the bottom of this page). Watch it and perhaps you’ll come to understand the relationship between the Commission (the civil service and the origin of most of EU law), the European Council (made up of heads of Government), the European Parliament and the European Court of Justice.

The Commission is the executive arm (but also proposes law, which is strange).

The Court adjudicates on law.

The Council, comprised of the EU’s 28 Prime Ministers or executive Presidents, provides political direction (but also makes some critical decisions).

It would take more than a couple of minutes, I fear, to understand how all of these work together.

The EU’s evils, such as they are, are not unique to the EU. You can find inefficiency and corruption to varying degrees in every political institution, indeed every human institution. But with determination these could be tackled. Making recognisable people accountable for mistakes might help.

The greater problem lies with the EU’s facelessness. We simply don’t know the people who are debating policy at the EU’s Parliament, and we know even less about the people who are executing it. I couldn’t tell you when the Parliament sits or anything at all about the laws it’s passed. The result is that nobody cares very much about it. And yet, they resent the result.

So, why not replace all these unknown members of the European Parliament with the domestic politicians we’re familiar with? Why not have three or four brief sessions each year (a week at most) at which our domestic Prime Ministers, Ministers, and Members of the Opposition  can represent us (in proportion to their representation in domestic Parliaments and the population of their countries). We might listen to them. There would be much less law, but I don’t think anyone would mind about that, and I’ve no doubt it would cost a lot less. It might even lead to a shrinkage of the Commission. The important thing is that we might, finally, take a little more interest in what’s happening in the European Union. We might just feel ‘connected’.

Anyone got a better idea?