Last Friday, somewhere five miles above Afghanistan,  I began a blog about prejudice (Race, Culture, Nationality, Religion and Citizenship – Tiptoeing Across a Minefield). I’d been annoyed by the fuss surrounding Naz Shah and Ken Livingstone’s remarks about Israel, which were widely branded as ‘anti-Semitic’.  I disagree with the view that Naz Shah’s remarks were anti-Semitic, even if I strongly disagree with her (now withdrawn) suggestion that Israel should be relocated to the United States. I therefore agree with Ken Livingstone that her remarks were not anti-Semitic, even if they did imply criticism of Israeli policy, and even of the United Nations’ vote in 1948 to establish othe state of Israel. To criticise Israel is not necessarily to be anti-Semitic. It is important to establish this.

The controversy inspired me to think about prejudice in general and about the nature of argument. Broadly, I think, there are two kinds of view. There are views for which ‘respectable’ arguments can be made, where disagreement as to the facts of a matter, differences as to interpretation and sometimes even differences as to principle can be discussed rationally, even if opposing parties might finally agree to differ. And then there are views that are beyond the pale of civilised argument, views founded on prejudice that are not amenable to rational discussion, where no facts, interpretations or principles could ever be persuasive. 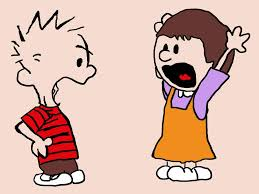 In general, a good test of a ‘respectable’ view is to ask whether there are any imaginable circumstances that might cause one to change one’s view. This is what determines whether a scientific theory is properly scientific. If a theory cannot be falsified  by observation then it isn’t scientific. (Thus Relativity replaced Newtonian theory.)

But, of course, science is one thing and politics and ethics are another. Facts are generally amenable to discussion, interpretations are to some extent, but principles are often  not. Especially if your principles are based on ‘divine’ text then argument will usually reach a roadblock.

My own view is that arguments based on ‘divine text’ are not ‘respectable’. Arguments based on ‘universally’ agreed concepts of human rights, however, are. To that extent my views on the demarcation between ‘respectable’ views and ‘prejudiced’ views is also ideological. I subscribe to a secular, scientific view of the world and I will never believe that ‘God says so’ could ever be an acceptable principle.

Now that I have to decide, I find it rather difficult!

‘Respectable’ (but often false, in my view)

Well, I am not certain of these classifications. Opinions please – but, NOT on whether you disagree or agree with a view, but rather on whether you think I have classified a view correctly as ‘respectable’ (in my sense of ‘amenable to rational discussion’) or ‘prejudiced’.