How brave and admirable it is that Georgians are this week celebrating traditional family values, by hosting the World Congress of Families, whilst in the decadent, faithless, Western world many of the rest of us are marking May 17th as the International Day Against Homophobia and Transphobia.

But after all, as all Georgians know, Georgia is the paradise that God almost kept for himself. The story goes that at the Creation the Georgians were too busy doling out hospitality, and being generally nice to other people (though probably not to members of the LGBT community), and they failed to pay attention to what God was doing with the land he’d created, and got left behind by all the other nations in the land grab. They petitioned the Almighty and so moved was he by Georgia’s commitment to family values, that he ended up giving them the special bit of land that he’d been keeping for Himself.

How appropriate then, that in this utopia same-sex marriage, abortion, gender transformation, gay adoption and so on, should be reviled. Though it must pain true-believers to say so, God must have been inattentive himself when he mistakenly created the LGBT community. Perhaps he was too busy listening to the Georgians’ excuses. But hats off to the Georgian Orthodox Church for resisting science, tolerance, and plain common sense ever since. Georgia is God’s land, and there is no place in it for sin. No gangsters, no drug addicts, no child-molesters, no murderers, no LGBT men or women. Well, no TRUE Georgians who are any of those awful things.

How lovely the world can be! 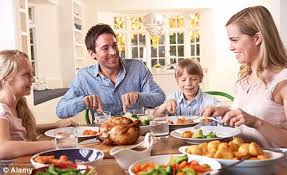 Actually, Georgia must tread a difficult path. How it would loathe to be lumped together with that other bastion of plain old-fashioned gay-bashing, its arch-adversary, Russia. No, no, Georgia has found the middle way. It has retained the virtues of the prehistoric East whilst rejecting the vices of the secular West. And look how happy they are.

As Chairman Levan Vasasdze puts it in his Welcome Address to this year’s World Congress of Families in Tbilisi, ‘Georgia has to be very careful to walk the fine line between modernization and a spineless behaviour and lethal absorption into the family destructive pseudo-culture that is overwhelming Europe as we speak.’

How sad it is that family values have eluded definition. I well remember how former Tory Prime Minister John Major was derided for his ‘family values’ campaign, especially when he was forced to admit he was cheating on his wife with a Cabinet colleague. And look around you at your family and your friends’ families. I’d bet a Lari or two that they’re all entirely normal, straight, good, Godly, faithful, generous, peaceful and properly bigoted and  intolerant when the good Lord requires it. Where are the neurotics, the gays, the confused? I do not see them in Georgia.

How terribly wrong Philip Larkin was when he wrote:

They fuck you up, your mum and dad.
They may not mean to, but they do.
They fill you with the faults they had
And add some extra, just for you.

But they were fucked up in their turn
By fools in old-style hats and coats,
Who half the time were soppy-stern
And half at one another’s throats.

Man hands on misery to man.
It deepens like a coastal shelf.
Get out as early as you can,
And don’t have any kids yourself

Such ‘spineless’ cynical nonsense. If only Larkin had listened to the Georgian Orthodox Church, he’d have known that none of this is true. Not in Georgia, anyway. All we LGBT folks have to do is to pray more and we’d be normal.