Many of us have been lucky enough to live our lives in an age and geographical region where reason has dominated human affairs. Since the end of the Second World War life in Europe has become more prosperous, democratic and tolerant (and yes, the EU has helped to make it so). Minorities of many kinds, whether defined by race, ethnicity, religion or sexual identity have felt increasingly free and safe. And they have seemed ever less threatening to the majority, too, to the extent, for example, that same-sex marriage is seen by most as a strengthening, rather than a weakening, of the institution of marriage and a multi-ethnic society has come to seem culturally vibrant, flexible, creative and resilient.

There have, of course, been appalling lapses into hatred and violence on the margins of Europe, such as in the former Yugoslavia in the 1990s, but most of us take it for granted that reasonableness and peace will prevail, and that the checks and balances of democracy will prevent unreason and its allies, ignorance and stupidity, from ever wielding power.

But even in prosperous, tolerant societies there will be unbalanced people, who for fathomable, or unfathomable, pathological, reasons, are intent on harming others. There will always be hate crime (and sex crime and greed crime), and those who hate can usually find an ideological or religious justification for what they do (and encouragement from faraway places now that the internet allows ideologists and religious extremists to reach across the world).

Saturday night’s appalling crime in Orlando was probably a hate crime rather than terrorism (though the distinction is largely irrelevant). The facts that so-called Islamic State applauded its ‘fighter’, and that Omar Mateen claimed allegiance to so-called Islamic State in a 911 call, are surely matters of opportunism on the one hand, and an attempt at self-justification on the other. But who knows? In due course we may learn more about how he came to hate the gay community, or we may never come to understand what made him kill. Sometimes explanation fails.

But what is mind-boggling is that a man as unstable as he was could obtain appallingly dangerous weapons so easily. Without an assault rifle he might never have set out to massacre so many, or he might have killed far fewer. Violent unreason will never be eliminated from society, but that it can arm itself so easily is astonishing. Tinkering with controls, even staffing gun shops with psychologists, will never work. The right to bear arms should be annulled.

But the unreason I fear even more is the unreason that has political power – for example, the unreason, demonstrated graphically over the last twenty-four hours, of Trump and the National Rifle Association. 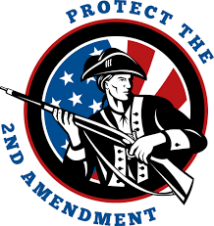 Consider the claim (repeated yesterday) that if more people armed themselves then crimes such as this one in Orlando would happen less frequently. The NRA says that the US needs more guns in people’s hands, not fewer. This is surely insane. Do they imagine that gay men and women should step out for a night at a club armed with handguns or assault rifles, that they’d wear them on the dance floor, ready to crouch and fire if threatened by a lone looney with another gun? Perhaps they imagine a world of trained, responsible, capable, trigger-ready citizens, all at ease with guns. The reality would surely be a world of incompetent, intoxicated, untrained, trigger-happy, nervous/aggressive citizens often ill at ease with their weapons and daily shootouts or accidents. The slaughter would be terrible. I would rather see guns only in the hands of a small minority of highly trained, responsible, police officers. Keep them away from citizens.

And consider Trump’s claim that Omar Mateen is the product of Radical Islam. This is unlikely. Radical Islam was probably a late, convenient justification for hate, rather than its underlying cause (did he perhaps hate the homosexuality in himself?). And Trump’s self-congratulation (‘I told you so.’) was utterly disgusting. Contrast that with Hillary Clinton’s message of sympathy.

It is the unreason of the NRA and men like Trump that I fear the most. Whatever the circumstances, such as inequality, or political alienation, that have made unreason appealing to so many over the last few years, perhaps even electable, they must be addressed urgently. Hate, fed by poverty and humiliation, became appealing in the 1930s. It must be marginalised now.

6 thoughts on “The Rise of Unreason”