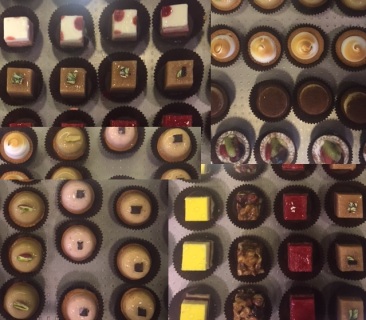 The Children’s Theatre School in Shiroka Luka ended yesterday with the most harrowing ritual of all – the giving out of diplomas to the children who took part, and the saying of goodbyes to children, artists and sponsors – an occasion for torrents of tears. Many of the children look forward to the Theatre School all year, and all of us remember how long a year lasts when you’re a child. Tears are followed by the consolation of cakes and then we’re gone.

Cakes are, indeed, one of life’s great consolations, and I must admit that food still occupies as important a place in my mind as it ever did when I was a child. I remember that at the end of the very first Children’s Theatre School just before Christmas in 2001, Elena Panayotova, who directs the School, asked the children to tell her their dreams for the future. Some of them mentioned becoming a footballer, or having loads of money, or being a film star, but I remember, with great affection, one small, slightly plump boy saying, ‘As many kebabche as I can eat.’

The kebabche is the local sausage – minced pork flavoured with cumin – and in 2001 orphanage food wasn’t as good or as plentiful as it is now. At the party we held for the children following the show I saw him pile a plate high with kebabche and cakes, and then take himself to a quiet corner to eat them all on his own. As much as he could eat was quite a lot.

I’m afraid I’m the same, and I saw myself in that child. I still haven’t entirely mastered the art of restraint. This morning in Sofia, we found the best patisserie in the city – the Orsetti Pasticceria, owned and managed by an Italian couple. Anything to avoid the appalling breakfast offered at the Arena di Serdica, an otherwise very good hotel. The cakes were delicious, and I ate too many of them.

One thought on “The Consolation of Cakes”