The patrician, well-dressed manner of many top lawyers and accountants often belies the dirty work they do. The leak of more than 11 million documents from Panamanian law firm firm Mossack Fonseca reveals the staggering extent to which professional lawyers and accountants will collude with their clients, many of them sanctioned or with blood on their hands, to help them avoid and evade tax.

Give me Rumpole of the Bailey, John Mortimer’s fictional Old Bailey Hack, anyday, in preference to the suave cohorts of clever, unscrupulous, criminal accountants and lawyers. Dishevelled, but principled, Rumpole’s work barely kept him in claret and cheroots. 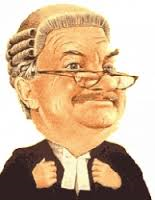 The leaked documents show that Mossack Fonseca conspired to conceal the true beneficial owners of companies, enabled criminals to conceal the source of their wealth, and assisted prime ministers, presidents and dictators, their families and friends, to benefit from dodgy business transactions that take money from the pockets of their own people.

And yet Mossack Fonseca, with breath-taking chutzpah, have claimed that their operations over the last forty years have been entirely ‘beyond reproach’.

HSBC Private Banking did it. The big accounting firms do it. They all do it. If you have a little more money than most people you’ll attract swarms of professional advisers offering you ways of keeping your money from the taxman. I know. And as long as detection is unlikely, and as long as the cost of such advice is lower than the tax that you’d otherwise pay, these suave cohorts will go on doing it.

It’s time to end the tax evasion game. How?

And yes, it would effectively deny a country the sovereign right to set its own rules on tax, disclosure and incorporation. But ours is a connected world. A country is welcome to go its own way if it chooses, but in economic and political isolation.

Tax is a zero-sum game. What the rich man retains, the poor man loses. Tax evasion and aggressive tax avoidance are immoral and should be both illegal and very difficult.

I am optimistic. These revelations are the start of the end of tax evasion. It’s interesting that so far there’s been nothing about how these 11 million documents have been obtained. Who was the leaker or the hacker? Was it an insider? Or might there have been state involvement?