It is hardly surprising that prehistoric men and women selected the Dordogne as their get-away destination of choice 25,000 years ago and more. The roads are empty, the landscape is beautiful, the climate is pleasant, the food is delicious (though goose features a little too often on the menu), and the land is fertile and well watered. It must have been the perfect place for painting and sculpting, hunting woolly mammoths, or simply chilling at the mouths of caves – a haven then, as now, from the filth and pollution of the city. And property prices are not high. 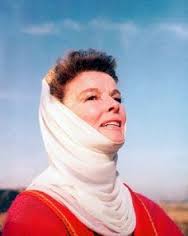 You can even get a moderately good cup of tea, which I put down to the English influence between 1154 and 1453 (the anglophile Eleanor of Aquitaine, in particular, so splendidly and authentically played by Katherine Hepburn in A Lion in Winter, poured tea with great delicacy, and was particularly fond of Darjeeling, which I do not prefer). And if cave life palled in prehistoric times, the area is dotted with beautiful country hotels and restaurants. True, there were no digital networks, but there were spears. 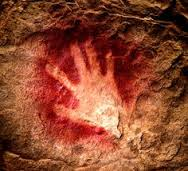 Human life hasn’t changed in its essentials in 25,000 years. Judging by this prehistoric cave mural humans looked roughly the same then as now. After all, only around 1,250 generations of human life have come and gone since then (if we assume that most children were born to mothers aged around 20). Evolution has rendered the male jaw less resolute, but you probably needed more of a jaw to hunt the woolly mammoth than you need in today’s gentle work place. But the leather miniskirt is still popular. 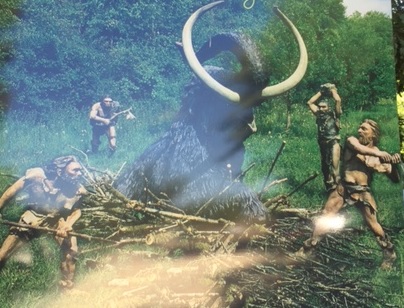 Then, as now, humans probably sat at the mouths of caves (once they’f finished hunting or gathering) to talk about how so-and-so said such-and-such a thing about so-and-so to so-and-so. Gossip has always been the mainstay of human life and no doubt it provided the impetus that got homo sapiens through the ensuing 25,000 years. 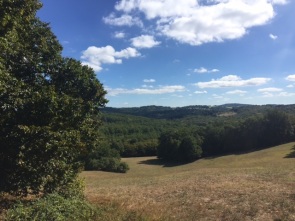 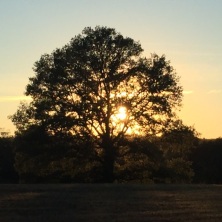 I and my friend Caroline are bicycling in the Dordogne for a week. It is quite hard work, rather up and down, and the temperature is high. But it is glorious countryside. We don’t bother with cave paintings and the other dank delights of pre-history. We got that sorted at least twenty years ago. But yesterday we were pleased to pass through the village of Sireuil where a replica of the great Venus of Sireuil  stands by the road as you approach. The original was found in 1900 when a local famer stumbled over the remains of a pre-historic art gallery. Even then, the countryside was attuned to the possibilities of tourism. 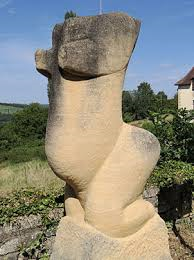