Since LLP Group was founded in 1992 the company has specialised in the deployment of ‘core’ SunSystems designs. Infor’s SunSystems, with its concept of transaction analysis, account analysis (enabling the mapping of local to corporate charts of accounts, or vice versa) and its unified ledger (accounts payable, accounts receivable and general ledger all in one), is ideal for this purpose.

Aspects of financial analysis that are common to an international organisation, such as balance sheet and P&L structures, departmental organisation, asset classifications, and product categorisations, can be standardised for all instances, and those elements that are required for local reporting, such as a local chart of accounts, tax classifications, and so on, can be ‘filled in’ when the core system is deployed in a particular country. The idea can also be extended to procedures, and international organisations will often try to standardise their purchasing or sales procedures.

A Core System is thus a skeleton that reflects elements common to an entire organisation, together with some Statutory Space to enable local requirements to be met.

But it’s one thing to implement a ‘standard system’ and it’s quite another thing to ensure that it doesn’t drift away from the standard once consultants and sponsors have gone home.

Nearly eighteen years ago LLP Group was asked to design a core system for the aviation division of one of the world’s largest oil companies. We implemented this system in Southern Europe, the Middle East, the Balkans, Central Asia, the Caribbean, and in both North and South America. As the years went by each of these countries began to drift away, ever so slightly (in some cases), and ever so considerably (in others), from the standard we’d established.

The organisation wanted to rein them in, so they set us an interesting task, to analyse each system and assess its compliance with the standard core system.

We hadn’t, until then, ever thought of how you would ‘measure’ system compliance. You would think that such a measure is generally qualitative rather than quantitative. But I like the idea of reducing things to numbers, and to reduce something complex to a single number is best of all.

The question of overall compliance raises subsidiary structural questions, such as the compliance of ‘what’ and ‘for what purposes’ as well as issues of importance and priority. Some things matter more than others. We needed to impose some order and structure on the hundreds of elements that make up a system.

So what we did, was first to consider what we called ‘Broad Functional Areas’. These reflected the purposes that the system served (at least those pertinent to this organisation):

Each of these areas is served by a different set of Core System components, which we divided into these areas:

And each of these areas can be broken down into individual components, each of which may also be given a rating in terms of importance.

And an average compliance % across all broad functional areas, and then a single overall %.

You might think that this is a somewhat academic exercise, but it’s not. SunSystems experts may find it easy to grasp the hundreds of details that make up a system but when your sponsor asks you ‘how compliant is our system in, say, Tanzania’ how else can you put it in a nutshell?

87%, for example, puts it neatly and succinctly.

And then, of course, the question arises as to what to do about it. But that’s another story.

In the mid-1990s, a few years after I’d started LLP Group, I was asked by one of our international customers to go to Moscow to sort out the mess they’d made of their SunSystems implementation. They were using the system for the purchase of their affiliates’ products, for inventory management, and for sales to their direct customers and distributors all over Russia. And of course they were using SunSystems for both local Russian accounting and for balance sheet, cash flow and P&L reporting to their head office in the USA, in USD.

The mess was a mess of several kinds. The Russian authorities were accusing the company of understating its Ruble profit and of implicit tax evasion, and Head Office couldn’t make sense of the USD-denominated reports it was getting, which seemed to overstate profit. A major factor in both of these messes was the fact that Russia was then a ‘hyper-inflationary’ economy. Special accounting rules are supposed to kick in when cumulative inflation over three years exceeds 100%, but this organisation hadn’t even got the basics right, let alone Inflation Accounting.

Now, SunSystems is a superb tool when it comes to dealing with demands from multiple directions. It can manage local Russian reporting in Rubles against a statutory Russian chart of accounts at the same time as USD reporting against a corporate chart of accounts. And it can do all of this without your having to enter a transaction more than once. Of course, there are always a few adjustments you need to make to reflect differing accounting policies (depreciation rates, for example) but these are few. LLP Group’s LLP International team has built its reputation on helping international organisations to do these kinds of things in SunSystems.

So my job was to set up the right structures and processes, export the entire set of ledgers, and bring them back into the system in the right way.

The biggest difference was that the previous set up had taken no account of the rules that apply in a hyper-inflationary situation, in particular of the requirement that for corporate reporting stock must be valued at historical exchange rates. When stock is bought in USD it gets valued in the Rouble balance sheet based on the exchange rate on delivery day. But when it’s sold, you can’t just convert its delivery Ruble value into USD on the day of sale, since this will show it as having depreciated materially if exchange rates have changed markedly. Profit, as stated in USD, and reported to Head Office, will thus be overstated. Margins will have been exaggerated.

When we’d finished the reprocessing of the ledger we ran the corporate balance sheet and discovered a ‘translation difference’, a loss, of more than a million USD. This translation difference, which always emerges when you go through the process of converting a balance sheet at a variety of different exchange rates, is reported as part of the P&L. I thought at first we must be wrong, so we checked and checked and checked again, and came reluctantly to the conclusion that it was right. The company needed to report an additional unexpected loss to its Head Office of more than one million USD.

The Russian Chief Accountant and I, once we were absolutely certain of our findings, nervously reported this to the CEO.

‘Are you really sure?’

You don’t always get shot for passing on bad news, even in Russia.

SunSystems is still one of the best options for businesses that need a common accounting system all around the globe. It is extremely agile, powerful, and cost effective. And you can find SunSystems consultants to support you in almost every country in the world. Contact me to find out more.

Ever since I started LLP Group in 1992 the company has specialised in the development and roll-out of financial systems for international organisations based around Infor’s SunSystems, a powerful mid- to upper-market accounting system that works everywhere in the world, whatever the local rules. 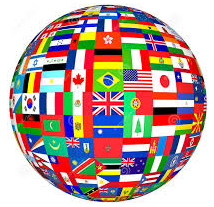 We’re now a substantial group with offices in ten countries:

Each of these countries participates in group-managed projects but each also has its own specialist areas and resells other software products besides Infor’s SunSystems.

Recently we’ve managed several enormous projects, including one for a large pharmaceutical company and another for a digital entertainment corporation. What’s important to these organisations is that they should comply with local accounting regulations and still report their financial results in a consistent way to their headquarters. SunSystems does this well.

Where such projects take us outside the ten countries where we have our offices, we have subcontracted to other companies who work in the SunSystems world, ensuring, though, that the core design is not compromised.

We’ve delivered projects of this kind for:

We’ve done more than twenty years of such work, and over these years we’ve developed methods and approaches that we can apply anywhere. So, bringing all of this know-how together, we’ve launched a new concept – LLP International.

LLP International, though LLP Group, has probably the largest and most experienced team of SunSystems functional, technical and project management consultants in the world.

If you’re using SunSystems or considering using it and need to implement it consistently in several countries, then contact us through our website and we can tell you how we can help.