It’s said that Prime Minister Margaret Thatcher sometimes straightened the ties of her ministerial colleagues before Cabinet meetings. I nearly had a Maggie moment myself on Bulgaria Air’s flight from Sofia to Prague on Tuesday. I’m no scolding matron (I hope), and I’ve never been an uncritical fan of the Iron Lady, but on the issue of the loosely worn tie, I couldn’t agree with her more. 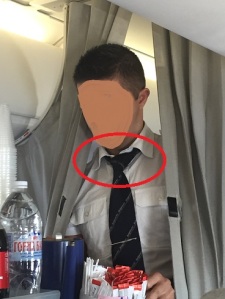 You would agree, I think, that this create a discouraging image of the Balkans – a sloppy, slipshod attitude that, sadly, pervades much of business and politics in Bulgaria, though the country is wonderful in a million other ways.

His colleague was no paragon of service excellence, either. She wore a petulant, disdainful look as she demonstrated the safety equipment, as well as silver nail polish on extravagantly long fingernails.

Not only mens sana in corpore sano but also mens sana indigent luculentam vestimentis (thanks to Google’s Latin Translator). 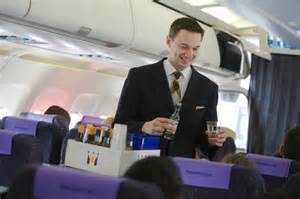 No wonder Bulgaria Air is cheaper.