A couple of weeks ago I shared a beach with an oligarch. Actually, shared is the wrong word. From the moment of his arrival, the oligarch, together with his wife and family, servants and bodyguards, entirely dominated the beach.

I was at the Aman Sveti Stefan, a wonderful resort hotel on the coast of Montenegro. In my defence I can only say it was a late season deal (they closed on the day we checked out) and the cost wasn’t anywhere near list price. I’m rarely on shoulder-rubbing terms with oligarchs, royalty and tennis stars (Djokovic got married there last year). It’s just not my sort of thing and I don’t have the clothes for it. 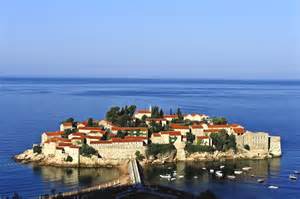 Though it was late season, and the beach was almost empty, the early Autumn sun was just about strong enough, and the sea just about warm enough, for a northern European like me. It was a good time and place to sunbathe incognito if incognito is your thing.

That, I suppose, is why the oligarch chose it. His motor yacht, reputedly the most expensive in the world, at more than 300 Million USD, and certainly one of the largest, was anchored a mile or so out to sea, so the party arrived by motor launch. The beach, being a private hotel beach is firmly closed to non-residents, but, as I heard later that evening from the hotel manager, the oligarch simply bought a few rooms to earn the right to an afternoon on the beach.

He and his family lounged in the sun and took the occasional dip in the slightly chilly water. Their servant stood behind them, and their bodyguards sat in the shade of the trees. A minimum of fuss.

When they marched onto the beach (around ten of them altogether) they did so without acknowledging either the other hotel guests or the hotel’s beach attendants, and they remained in utter isolation for the entire afternoon. The beach attendants were instructed not even to approach them. It was my last day and I took some photographs of the cove as I left, only to be informed by an anxious bodyguard that his clients were ‘sensitive about photography’. That is what I mean by ‘dominated’.

This oligarch, as I later determined, is amongst the two hundred richest men in the world. Indeed for the last few years he’s been in the top ninety. He’s many thousands of times richer than I am and could probably have bought the resort and its beaches that afternoon without really noticing it.

I’d been chatting with the beach attendant earlier. Most of the staff at the Sveti Stefan resort are students or recent graduates, and speak many languages. This young man was studying to become a corporate lawyer.

‘Perhaps you’ll be a guest here one day,’ I said.

‘Never,’ he said, though whether because he believed he wouldn’t ever have the money or because he knew too much about the place to want to be a guest, I don’t know. But I pointed out that twenty-seven years earlier I’d stayed in the village next door and had walked by the beach, a private beach even during Communist times, never imagining then that I might be a guest a few decades later.

Inequality, at least financial inequality, that afternoon, was stark. The spending gulfs separating beach attendant and me (a more or less prosperous guest), and me and Russian oligarch, were vast.

Inequality is very topical, almost more so than poverty these days, and it’s striking how economic ‘scientists’ put forward starkly different theories as to why inequality has grown in recent decades and how it might be addressed (I suppose most people, except the trickle-down theorists, believe it’s generally a bad thing).

There’s Thomas Piketty, who thinks it’s the result of policy, and can be addressed by higher taxes on assets rather than income, and there are others who believe it’s a matter of demographics. The latter argue that as the baby-boom generation came of age and as new markets opened up in Eastern Europe and China there was a glut of available labour and the proportion of those of working age supporting those of non-working age rose, peaking in 2012. Wages at the lower end fell, in consequence, but will rise again now that populations are ageing.

I don’t know who’s right, but what’s fascinating is that from the dismal science of economics (if science is what it is) can emerge such radically different theories. How do we decide between them? It’s not as if it doesn’t matter. Policy follows from theory and explanation.

Thomas Piketty certainly assembled a wealth of evidence in his vast Capital in the Twenty-First Century, but his opponents counter with equally compelling counter-evidence, for example, that comparable inequality can be found in nations where very different taxation policies have been applied.

People often say that of the three huge theories of the nineteenth century (the Darwinian theory of evolution, the Freudian theory of psychoanalysis, the Marxist theory of economics) only one has survived. I am schooled to believe that science must be ‘predictive’, not just in terms of what you might go out and find but in what the result of experiment might be. It must also be explanatory in terms of underlying mechanisms. Bacteriology is science, homeopathy and acupuncture are not (even if they work).

Darwinism isn’t exactly an experimental theory, because time moves too slowly, but certainly its conjectures have been subsequently strengthened by plausible underlying mechanisms (genes, mutations, and so on).

Psychoanalysis fails on every count. The ‘evidence’, even that recounted by Freud, is dubious, it’s unsuccessful as predictive theory, and there’s no underlying mechanism to point at (where exactly can we find the ‘id’?).

Economics fails, perhaps, because its subject matter, human choice, is too elusive, and the underlying mechanisms are too complex. It’s predictions are insufficiently precise, and conditions are never controlled enough for proper experimentation. So whether you end up believing in tax or demographics as an influence on inequality would appear to me to be a matter of faith.

I doubt it is such uncertainties that disturb the sleep of the oligarchs.